The explosion of the internet of things, IoT application in business, and its impact on business

What is the Internet of Things?

“The Internet of Things, simply stated, is the convergence of the physical and digital worlds. It is a merging of data, processing power, and human intellect.Azam Malik, SDSol Technologies CEO and Founder, states that it represents a technological revolution. As such, it creates many new challenges and opportunities for businesses.”

IoT technology is networks of sensors, devices and data

Firstly, the Internet of Things is a network of internet-connected devices. It is capable of one of the following three things:
1) collecting and sending information
2) receiving data, and acting upon it
3) a combination of one and two above.

The Internet of Things, IoT, is anything connected to the internet. When the internet links things together, it can either send data, receive data, or do both. In many cases, this ability depends on sensors and connectivity. IoT has an impact on business. As well, it is one of the most important technologies of this century. 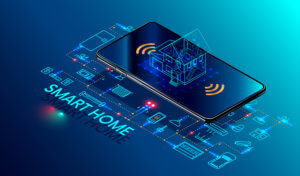 Moreover, phenomenal advances in sensor technologies and internet connectivity like 4G & 5G wireless are fueling IoT’s explosive growth. Just about anything in existence can be connected to the web if it has a sensor. Sensors then capture data about the “thing,” and available networks can transmit or receive the data.

This apparent simplicity should not undermine the profound impact that IoT is having on the way we live and work. Gartner Research states that the Internet of Things’ had over 14 billion internet-connected “things” in 2019. They project the number will be around 25 billion by 2021. Driving this change is the fact that many types of IoT sensors continually cost less and less to produce.

As well, businesses can strategically use sensor and IoT technology for their benefit. IoT can enhance sales and marketing, improve operational efficiencies, and lower costs. Firstly, they can discover new ways of working smarter. Secondly, this amounts to many billions of dollars in increased revenue and savings. Thirdly, these numbers, by all measures, will only skyrocket into the future.

Therefore, the Internet of Things embeds sensors, electronics, and software. And this enables connectivity and exchange over the web without requiring human intervention. IoT devices like smartphones, tablets, and smart TVs are already an integral part of mainstream electronics culture. There are countless consumer, commercial and industrial applications.

IoT is the reason for the rise in smart homes and improvements in senior care. For example, live data biofeedback across the web from sensors in heart rate and blood pressure monitoring devices is now commonplace. IoT progress in the medical and health fields is growing exponentially with medical equipment and health-related mobile apps.

In addition, IoT has also revolutionized many industries. Some of these are financial & banking sectors, transportation, communications, manufacturing, energy, and agriculture. Furthermore, societal infrastructures, urban management, and the environment have all been affected.

In short, IoT has increasingly impacted all aspects of modern life and has affected business’s of all sizes. Many consider IoT to be the defining game-changer of our lifetime. Some business analysts believe that an utterly disruptive change is inevitable. They say that the convergence of many factors is fueling this process.

IoT is now becoming super-charged with 5G, new Artificial Intelligence (AI), powerful Automation & Robotics, and quantum computing breakthroughs are happening faster and faster. And finally, there is “Sensor Fusion,” where powerful algorithms can make sense of immense amounts of data collected from multiple sensors. It certainly appears that with all of this, human-kind will be entering a new age of the “Digital Revolution!” 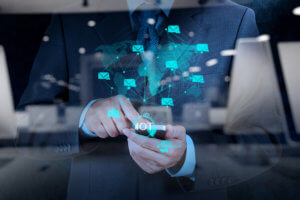 In 1926 Nikola Tesla predicted that “when wireless is perfectly applied, the whole world will convert into a huge brain.” Time has proven Tesla to be astonishingly prescient. Nearly a century later, all IoT devices form part of what is, in effect, a collective “brain” in which microprocessors perform the function of organic cells.

IoT has become in our world what a brain is to an individual. Picture the concept of planet earth as a globe-sized brain with billions of “nerves.” And imagine these nerves communicating through trillions of connections that control all our thoughts, memories, movements, and functions. That is the effect of billions of smart devices throughout the world, acting as a sort of central nervous system. This CNS connects billions of people, machines, and new technologies, including AI and robotics. Increasingly, it is clear that IoT is directly affecting how we think, move, and function. Ultimately, the impact of IoT on business is significant and affects how business’s continuously adapt going into the future.

Many powerful technologies are becoming increasingly accessible and affordable. Most importantly, this provides a window of opportunity for savvy businesses to integrate IoT tech solutions into their business plan.

How can mobile apps benefit your business

The top mistakes made by mobile app developers

How IoT is changing business