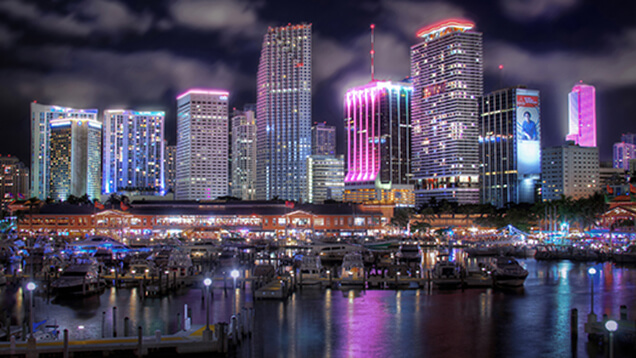 The #1 problem with the Miami tech startup scene?

Some interesting things stood out in the discussion that unfolded. First, the panelists: The moderator was Carlos Garcia from Nobox (a Social Marketing company that helps young companies). Secondly, the investor oriented panelists included Juan Pablo Capello, co-founder of IdeaMe, and Richard Lent from the newly launched Thesis Ventures.

Two prominent Miami Startups were represented. Rodolfo Saccoman from AdMobilize and Will Weinraub of LiveNinja. Straddling the middle a bit was Jose Vargas, founder of Healthcare.com, but also involved in the PeopleFund crowdsourcing platform.

Last week, we attended a great Tech Startup Funding event at the Miami Science Museum. It was hosted by the folks over at Refresh Miami. If you haven’t heard of Refresh Miami, they’re THE events guide and connection to the Tech scene in Miami and South Florida.

The purpose of the event was to shed light on the Startup scene. In particular, discuss topics relating to how startup companies get funded down here, what challenges they face, and how to go about it. The auditorium was standing-room only, and the panel of experts included a nice blend of people who are involved in startup funding. It included people from the investor side, as well as a few great businesses in the Miami area that have recently been funded

What stood out to us is the very real growth we’re seeing in the tech industry down here. It was coupled with the very real problems involved in technology funding in Miami and South Florida in general.

First, the good news – between the multiple Incubators and Accelerator programs down here (Venture Hive, The Lab, Wyncode, Thesis Ventures). It’s evident that we’re slowly building a viable infrastructure down in Miami that will support new technology companies. And that’s a good thing. Actually, it’s a great thing.

The challenge, though, is the near complete lack of initial funding sources. All the panelists concurred – It turns out that the most common and viable way of starting a technology business down here is through ‘personal investment’. Which more or less means self-funding or funding through a network of friends and family.

Typically, this amount ranges from as little as $25k to upwards of $100k. A technology-focused business is likely to cost $50k+ to get off the ground. There are Incubator programs in place that may be able to help with part of this through small grants and office space. However, they are generally not able to provide the amount of money that is needed to get these businesses up and running. That lack of capital required to execute the launch of a business from ground zero is a major problem. However, it is not the only one.

The next challenge is the lack of Angel Investors (or Seed capital) in South Florida. Rather, the lack of their participation in the early phase of this Technology boom. There’s a lot of Latin American capital here, but most of it is on the sidelines or tied up in real estate investments. An Angel Investor tends to be a doctor, lawyer, or business professional that wants to invest in early stage businesses and often pools money with others.

What we’re finding is there is almost none who are active in this market. And that’s a BIG problem. Because what often happens is that a small startup locates initial funding (again, often from their own pockets or own network of family and friends), begins to build their business. However, it doesn’t quite reach a point where there is revenue (or at least, any sign of profits). The traditional next step from there, if you lived in, say, San Francisco, would be Angel Investing. Without that, these young companies can run out of money before ever getting the attention of the larger investment capital firms. Investment capital firms, by the way, generally only invest the larger amounts once they see a business with scalable revenue and profits.

SDSol’s View on the Issue

This is consistent with our own view of the Technology Startup market in South Florida. At SDSol, we see an increasing number of entrepreneurs coming to us with great ideas and energy. It’s an exciting time. Unfortunately, they’re unfunded and are often asking if we (as custom software developers) can take on the project on a revenue share basis.

Because of the massive risk involved – it is estimated that 9 out of 10 investments in such early stage projects fail – and because we’re not investors but rather Software Technology providers, this isn’t something we can typically do.

We’d love to link some of these folks up with Angel Investors and Seed capital – if only that community were active. We’ll get there, and perhaps sooner than later, but until then, this will remain the single largest barrier to South Florida becoming the Silicone Valley of the South.

In future articles, we’ll offer some advice for Technology Startups who want to approach developers for assistance, but may not have the budget to fully support their development costs.

What do Miami Startups Have in common

How to correctly price your mobile app

What are the Impacts of Blockchain Technology

3 Tips on How to Market a Mobile App

3 Tips on How to Market a Mobile App

Miami eMerges on the Tech Scene

Getting Rich in the Peer-to-Peer Economy

The Rise… and Fall… of the Phablet?

How Does an App Make Money?

Understanding The Price of an App

What is a Technology Consultant?